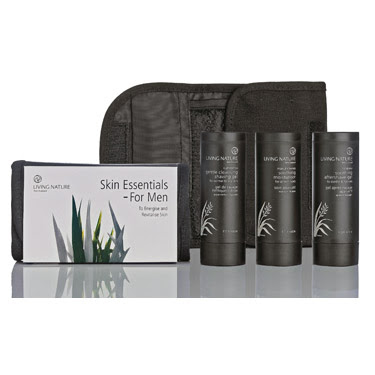 There's probably no reason why guys can't use the same skincare products as women do. But there's a quite a big range of man-specific natural skincare products available, so if guys want something that smells and looks a bit more manly, they have a lot of choices. So if you're sick of your male significant other/relative/flatmate/friend using your skincare products (or if you're a guy who happens to be reading this), here are some suggestions.

Skinfood makes products which are unisex, including a shaving gel. Skinfood products are not as natural as those made by brands such as Living Nature, but they are free of parabens, sulfates, mineral oils, and artificial colours and fragrances. Skinfood products can be bought at Foodtown, Woolworths, New World and Countdown supermarkets. Their products are: 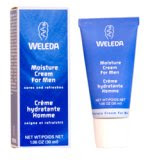 If you're after something that's reasonably low-priced but still pretty natural, you could try one of Primal Earth's Organic Shave Gels. They cost $9.99 each, and are available at New World, Woolworths, Foodtown and Countdown Supermarkets. Primal Earth was developed buy a Kiwi guy who had trouble with allergic reactions. The products do not contain: sodium lauryl sulphates, parabens, formaldehydes, genetically modified ingredients, synthetic fillers, ethoxolated ingredients, mineral oils, PEGs, petroleum or phalates. The shave gels are available in Menthol Cool, Aloe Hydrate, and Extra Sensitive.

Another low-priced option for shaving is Avalon Organics Moisturizing Cream Shave ($14), available in Aloe Unscented, Lavender, and Peppermint.
Posted by Jules at 4:30 AM