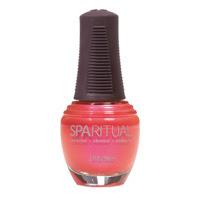 When I first became interested in more natural beauty products, I assumed that there weren’t any ‘safer’ nail polishes around. There didn’t seem to be then (this was 2005), at least not in New Zealand (there probably were in other countries), but there are now. I don’t paint my fingernails very often, but during the warmer months of the year, I like to paint my toenails, and I have found some nail polishes which leave out some of the more potentially harmful chemicals. 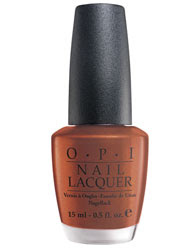 ours, and can be bought at Nature Unplugged for $25 and Bodyscape Day Spa for slightly more – about $28 I think. OPI nail polishes are also free of formaldehyde, toluene and dibutyl phthalate, and are available in 231 colours. They are $25 each, and are available at Kirkaldies, Farmers, and various pharmacies. I’m keen to try the colour Brisbane Bronze – I like Brisbane (well, as much as you can like a city after only having spent one day there), and I like bronze.

Another option is SHE Australia Nail Varnish, which is free from formaldehyde and toluene, and available in fourteen colours. Sold at various pharmacies.
Posted by Jules at 1:20 AM

It's so hard to find great eco friendly nail products. I also found a few you might be interested in. Thanks for the tip!
Saucy Salsita, AKA The Sexy Hippie - Because sexy comes in GREEN!

Thanks for reading The Mean Green Beauty Machine. I like your blog! Suncoat products were available in NZ a while ago, but I haven't seen them around in ages. I have tried the hairspray and the lip shimmer (bought them in Australia), they are both pretty good. The lip shimmer is really moisturising, although it has a bit of a weird scent.

Just wanted to share some information that may help busy professionals caught up with work and who have less time to maintain their nails. You can try out gel nails which are now becoming a hot favorite as they are natural looking even without nail tips and the best way for nail enhancement. Also, if you are allergic to those strong smelling chemicals which you can experience with acrylic nails, then you should use gel nails as these are odorless.